André Nies is one of a number of mathematicians who’ve become involved with Scottish Country Dancing through their professional connections with Johnsonville tutor Rod Downey.

Rod is someone who’s always keen to share his enthusiasms, and the Johnsonville Scottish Country Dancing Beginners’ Class poster permanently attached to his Victoria University of Wellington office door is a good conversation starter.

Over the years, Rod’s brought along quite a few mathematicians who’ve given dancing a go or come along for a look. Some have stayed on and danced at Johnsonville whilst working or studying at Victoria University, often for relatively short periods. Others have danced with the club for years, and return to visit us when they can

Learning violin in Germany, André had never encountered traditional Scottish music till he came to New Zealand on a work visit. Band leader Peter Elmes gave the OK and Rod invited André to come along and play with the band when his work visits aligned with Johnsonville Scottish Country Dancing events. For a while he even left his violin with Rod rather than carry it back and forth.

Peter Elmes is not the only band leader who has allowed André to join the band as a guest musician. More recently André has played with Lynne Scott’s band, travelling from Auckland to play for the first Johnsonville & Island Bay Joint Annual Dance in 2018.

Read what André has to say below about discovering Celtic music. Hopefully his love for the music means we’ll see him again in the future.

I fondly remember my first visit to Wellington in 1996, when Rod took me surfing and also introduced me to Celtic music.

My musical upbringing back in Germany was based on the serious music of Bach, Beethoven, Brahms and Wagner. I received my violin lessons from my father who was a concert master in an opera house.

Now in New Zealand, I adored the different moods provided by the Scottish music, and discovered with wonder that many tunes are just as old as the ‘opus pieces’ I knew and played. The excitement was augmented by being dressed up in a kilt that Rod has lent, complete with woollen socks, leather bag, and a knife.

Once I had settled in Auckland in 2002, I returned as often as possible to play at the annual events, as an extra musician. I’ll never, even remotely, be able to play the Cadgers in the Canongate (danced here at Johnsonville Club’s 2015 Annual Dance) like John Smith can1, but I will always love it. 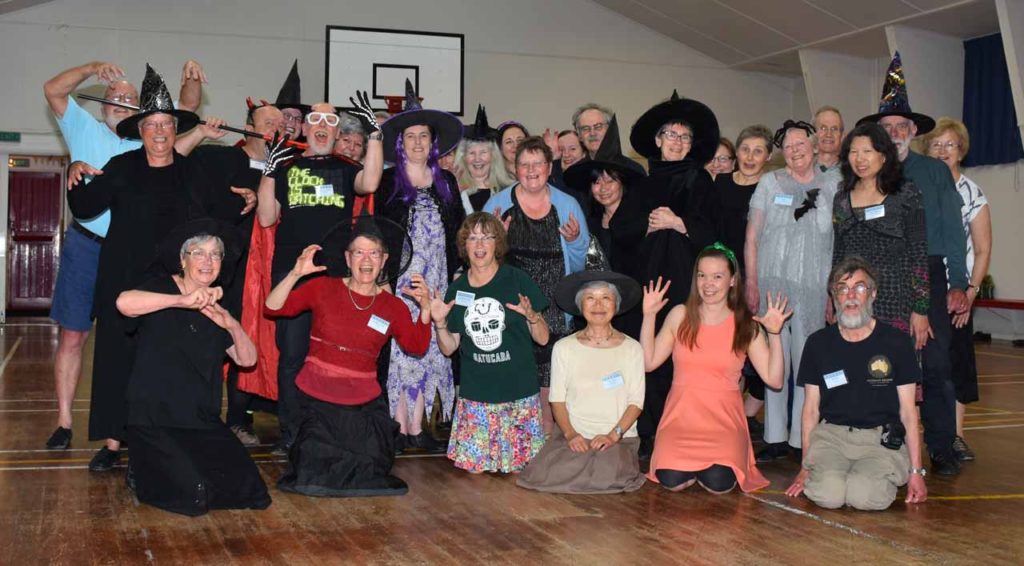 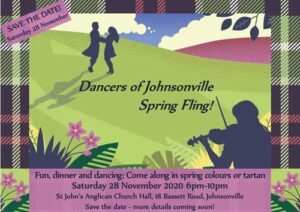 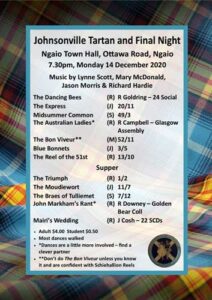