Until I began Scottish Country dancing in 2016 it had never occurred to me that a chance meeting quite a few years ago would possibly make me the envy of many.

In 1962 Kerridge Odeon promoted the ‘Kenneth McKellar Show’ for a second tour of New Zealand. It was loosely based on a popular UK television series The White Heather Club and starred some of the participants from the television show.

This type of show was favoured by Kerridge since its simple concert style allowed it to be performed in the smaller towns. Alongside tenor Kenneth McKellar there appeared the soprano, Moira Anderson, comedians Duncan MacRae and Jimmie Warren, and Jimmy Shand and his band.

For a reason I cannot recall Jimmy did not bring his bass player on the tour. My husband Brian Hands had already been hired by Kerridge for a couple of tours since our move to Auckland the previous year, so was offered the position to play double bass in Jimmy’s band which of course was accepted.

As was the custom with being on tour, after the evening performance the company would go to the hotel house bar for a few drinks. The evening I attended the show happened to be in Hamilton and we were staying with some friends who would babysit our 7 month old daughter. We were invited by Kenneth and his lovely wife Hedy to come to the bar, where I was introduced to those already there.

After a while Jimmy came in and ordered a drink, whisky I think, and Kenneth introduced me to him. It was a very brief conversation on how I had enjoyed the show and Jimmy paid Brian a compliment, saying how well he fitted into the band. With that he finished his drink and left. Apparently that was his habit, one before bed time, not one for socialising very much.

There was a final return of the ‘Kenneth McKellar Show’ in 1964. I had returned to touring with Brian and our daughter in 1963 in the pit orchestras for the large stage shows and found in our travels that Wellington was a far better place than Auckland to live and earn a living from music.

Brian was again hired to play in Jimmy’s band. I did not meet Jimmy again, but remember fun times as we entertained and fed Syd Chalmers, the brilliant fiddle player while the show was in town. Listen to Syd here.

Read more about Jimmy Shand’s Australasian tours here and listen to him here. 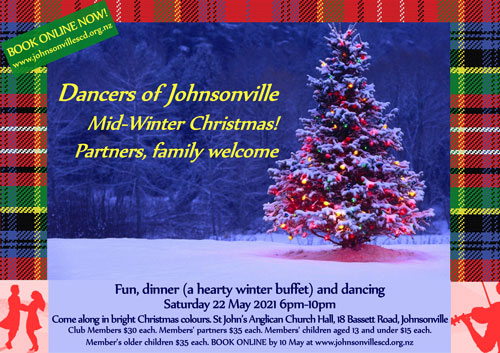