Kelburn’s Farewell Dance on Sunday 20 June started me thinking about club history, and reminded me that Johnsonville’s longest-standing members also have links to Kelburn Club.

It’s a nice opportunity to find out more about those members who have danced at Johnsonville for so many years, and also recognise the inter-connectedness of the Wellington Scottish Country Dancing community.

There are four current members who have been dancing at Johnsonville Club since the 1980s. Elizabeth Rendell, John Markham and John Homes all joined the club in 1981, and Aline Holden as she was then (now Homes) joined in 1982.

One way or another they all have connections to Kelburn Club.

John Markham’s first experience of Scottish country dancing was at Kelburn, having gone along as a spectator in 1969, and been ‘dragged up’ (John’s words) by original Kelburn tutor, Mirth Smallwood

Elizabeth Rendell started her dancing as a teenager at the Wainuiomata Club in 1965, then danced at Kelburn Club before moving to Johnsonville in 1981.

John Homes danced at Kelburn Club in the early 1970s, with tutor Betty Redfearn, before moving to Johnsonville in 1981. He met Aline when she joined Johnsonville Club in 1982, and they went on to marry in 1986. 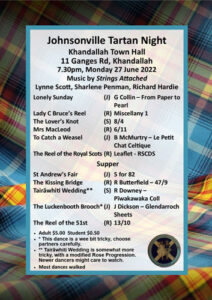 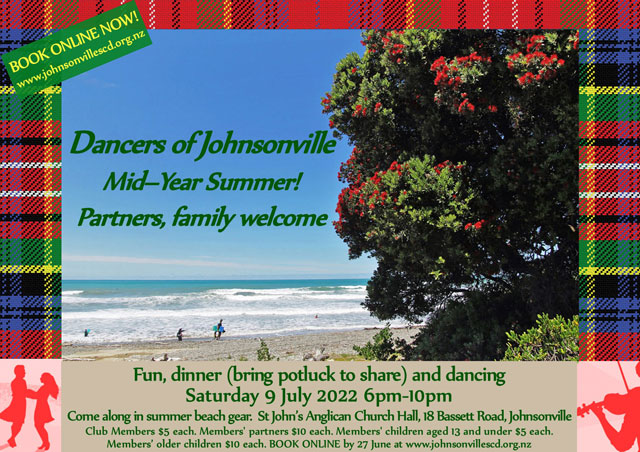